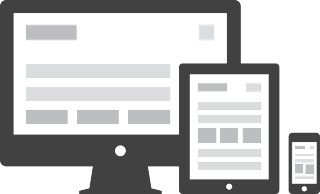 "Responsive Web Design" means building a page that can be viewed on any size screen, as opposed to building a separate page for mobile devices and tablets. RWD works by setting rules as to how a page should look at various screen widths. These rules are implemented as 'media queries'.

If you would like to learn how to do this, then there's a tutorial on Flash By Night for you! Just follow this link:

If you're an HTML beginner, no probs, you should be able to follow along. The tutorial will take you around an hour or so.

I wanted to share with everyone about a great book I've just finished reading. 'Spam Kings'
by Brian S. McWilliams describes the strange world of people who send junk email for a living... and the people who fight them.

Most of the events in the book take place around 2000 - 2003, so you might feel it's a little outdated by now, but it still makes for a great story.

I guess the first question that comes to mind is: Does sending spam really make these people a lot of money? The book doesn't answer this question directly, but it mentions plenty of 'chickenboners' - small time amateur spammers -while describing how a handful of spammers managed to build empires worth millions.


Two of the most colorful characters in the book are the 'time travel spammer' and 'Terri Tickle'. The time travel spammer has become obsessed with the idea of travelling back in time, which he thinks is possible. Along with his spam ads, he sends out pleas for people to help him build a time machine. Terri Tickle was a spammer who also paid people for videos of themselves being tickled.

The book also goes into detail about the fight against spam. There is a whole network of people doing this and for many of them it has become nothing less than an obsession. Strangely enough, the spammers and antispammers have a lot of contact, frequenting the same message boards where they sound each other out, tease and threaten each other. Things get petty when they put up websites designed to mock each other, complete with photoshopped images.

The book was written during a particular period where the author was doing investigative reporting on the topic. At the close of the book, most of the spammers were facing lawsuits from the Federal Government (or suing each other!). So to get the final resolution, I had to go on Wikipedia and search to find out what eventually happened to all these guys. Some ended up bankrupt, some in prison, some went 'legit' and some disappeared off the radar completely. Tragically, one of the spam kings who was not featured in the book escaped from prison and killed himself and his family. So I guess spam doesn't pay after all...

Something I've been meaning to do for a long time is to convert more of my games to a mobile-friendly format. This is possible with simple games, so I have done this for Drench. Just log into the normal URL flashbynight.com/drench and you can play it on your phone or tablet. Android or Apple, no app download needed! 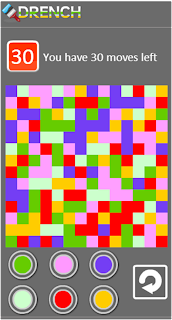 It will fit on smaller screens like the original iPhone.