Here's a new game. It's a fun and simple one with 25 levels. It's based on Splodge, and I just called it Splodge 2.

The gameplay is just like Splodge, but instead of each level getting faster and harder, each level brings a new challenge based on the basic premise.

The basic premise is this: Avoid the red guys and hit (splodge) the green guys! 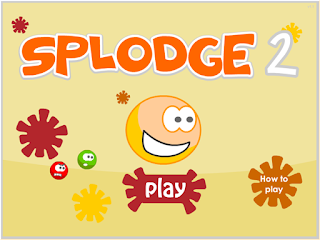 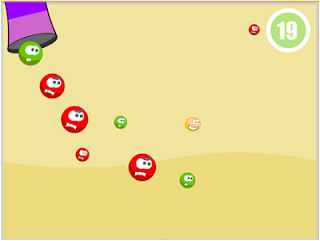 In PacMan Beyond, the twist on the classic PacMan game is that the game scrolls as you play. You needn't eat all the dots, but you need to avoid all the ghosts to progress to the next level.

There are a few types of enemies, each with a unique behaviour pattern.

This game is meant to be a little easier than the original pacman where the ghosts would harass you non-stop. The enemies in this game give you a little more space, but as you level up, things will start to get more difficult. 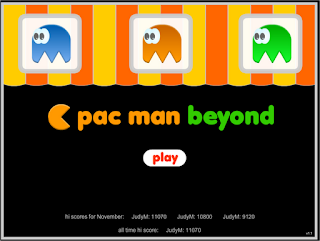 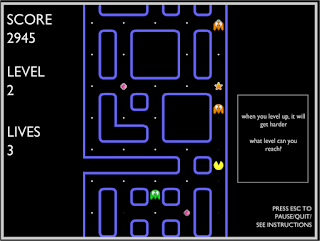 I've been doing some testing with the html5 canvas to fit it to different screen sizes. My idea is to apply responsive design techniques to the canvas,  so that  for game design, for instance, it looks good on any device screen size.

I thought I'd post some demos here. If anyone wants to grab the code, just right-click and view source: Remember to adjust your window size and see what happens.

www.flashbynight.com/demos/resizeme.html   -   resizes canvas to fit 80% of the screen width and height, displays height and width of canvas

www.flashbynight.com/demos/resizeme2.html   -   detects and displays whether canvas is square, portrait or landscape shaped

www.flashbynight.com/demos/resizeme3.html   -   removes and resizes three elements on the canvas according to screen size
Posted by ED at 1:04 AM No comments:

In the game Codebreaker, your task is to solve a phrase by decoding the letters. You start with three clues and you get three extra clues. In later rounds, the number of clues given decreases.

You'll need to think carefully and use your clues strategically to solve the puzzle - especially in the later rounds.

You can play Codebreaker here: 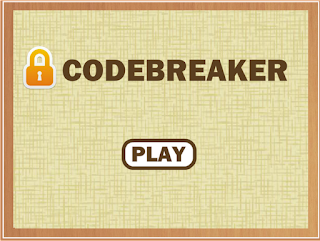 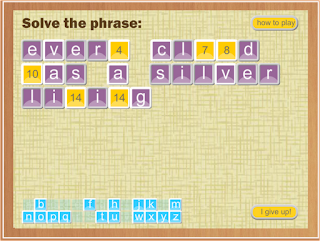 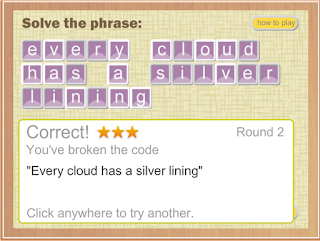 Time for a new game on Flash By Night. In fact it's time for a ninja game.

This game takes the concept of fighting with colors, as in the game "Clowd" and applies it to a ninja setting. The main character, Ninju, can turn orange or green to battle the orange or green enemies. Black enemies can only be killed using throwing stars, which you can collect during the game.

The game has 12 short levels, so see if you can finish them all. If you collect 20 stars, you get an extra life to help you along your way. 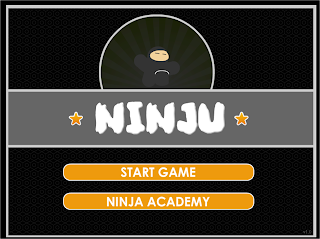 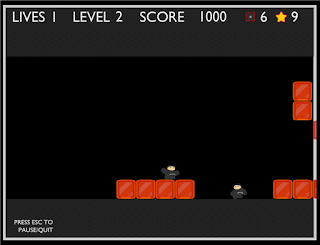 
It's time for a brand new word game on Flash By Night.

In Chopped, the player is given a set of eight letters and you need to cut the letters out in such a way that they form a word of four letters or more. You'll need to be fast to beat the timer, which goes faster every round. You get bonuses for longer words or for finding a word quickly. 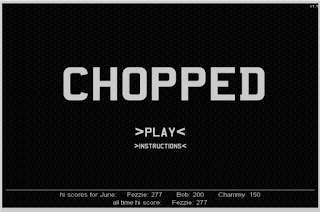 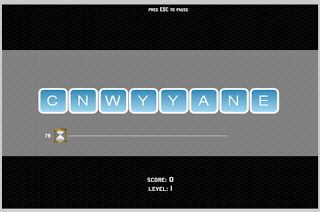 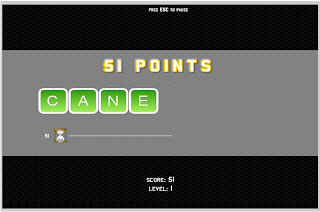 Oligarchy - a game for capitalist pigs

Time for a new game release...

Oligarchy is a Monopoly-style game where you compete against two computer controlled players, buying property and trying to put them out of business.

Where Oligarchy is different from Monopoly is:


You can play Oligarchy at: www.flashbynight.com/oligarchy 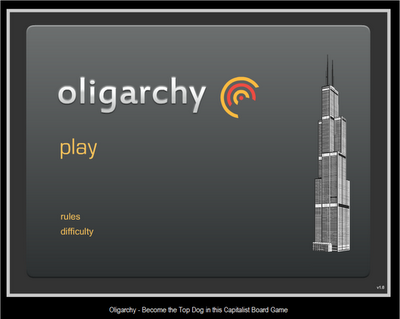 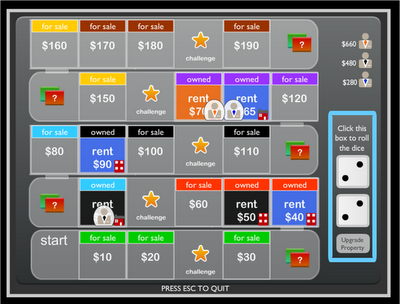 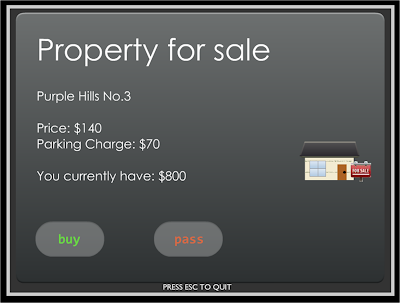 I remember when I started working with HTML5 and I was surprised I couldn't find a decent tutorial for making a simple MCQ quiz. So now that I've gotten more confident with the technology, I've decided to publish my own. Putting together a short quiz is an excellent project for someone starting off with a technology, and it's great for someone crossing over into HTML5 from Flash.

The tutorial is here: http://www.flashbynight.com/tutes/html5quiz/

And it includes all the code and artwork you need for the project.

UPDATE: I have produced a simpler version, see here: http://www.flashbynight.com/tutes/mcqquiz

and a version with pictures here: http://www.flashbynight.com/tutes/pixquiz

The new versions will work on phone screens too.

UPDATE 2: A version with a varied number of options:

HTML5 - Prevent that green highlight on an Android touch event

The Android operating system puts a green highlight around certain items when they are selected. Now, if you are creating, say, a quiz on the HTML5 canvas, you don't want that. What's more, I believe the iPad displays an orange highlight.

To get rid of all these nuisances, put this line of code in canvas element

Get an April hi score

The way the hi score tables work on Flash By Night is that they are reset every month. Some games also have all-time hi scores.

So here we are on April 1, and the hi score tables have been reset. If you want to try to get your name on the high score list, this would be a good time, since the barrier would still be low.

The games are here:  www.flashbynight.com

Parents be warned: Video games may encourage your kids to read!

Unfortunately, there are still a lot of parents out there who think gaming is a completely unhealthy activity. I always argue strongly against this position and recently, after playing Skyrim and Mass Effect 3, it struck me that games can encourage teens to read.


1) In Skyrim, there are quite a few quests that involve collecting books and you can pick up books everywhere. These books can be opened and read, and have stories and lore about Skyrim. Each one would be about three or four pages of an actual book, but there are hundreds of them in the game. Just to recap, the game presents finding and reading books as a fun activity.


In Mass Effect 3, you explore a vast and rich universe as Commander Shepard of the Normandy. Again, as you explore, the lore and background story are revealed as updates to the 'codex'. A careful reading of the codex brings you more deeply into the game


Many other games have a background story revealed through in-game books, journals or a codex.


After enjoying a game, many gamers aren't ready to give up on the experience and can't wait two years for the sequel to come out. A game like Mass Effect spawns books written about characters in the Mass Effect universe. Most of these books are very suitable for teens. 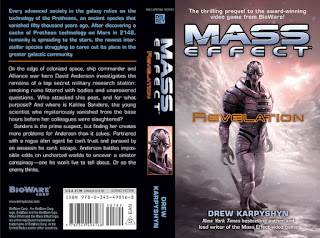 And then there's fan fiction... fiction written about Mass Effect or other games, by fans. Some of it is amateur and some of it can be pretty good.


So there you go, that's how gaming can help to encourage a reading habit. I'm a gamer and I usually read about two books a month.


So I hope you can agree with me that encouraging reading is just one of the ways that gaming can be healthy for young (or old) minds.

Here is a brand new game on Flash By Night.

It is called 'Staxx' and the aim of the game is to form words of 3 or more letters. You can click on the letters to slide them around and in each level, you are given a time target and a target of how many words to find. 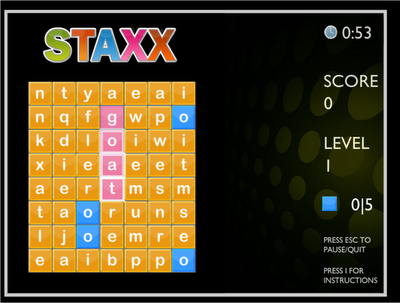 Before starting a new game, I went back and made some changes to the game 'It's Not Toronto'

I've always thought that this was an excellent game, but the controls were too jerky, so I went back and made the controls smoother, as well as some other minor changes.

Hopefully, this will make the game more enjoyable. You can play it here: www.flashbynight.com/toronto

Comments and feedback are welcome.
Posted by ED at 6:28 PM No comments:

Introducing a new game from FlashByNight.com… 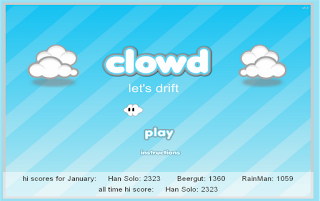 In Clowd, you control a fluffy little cloud that can change colors as he drifts through the various levels. 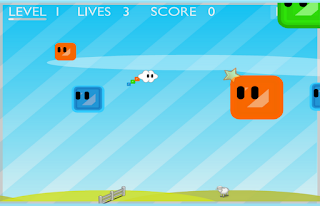 Use the arrow keys to navigate

If you hit an enemy of the same color, you destroy it:

There are four different level types: 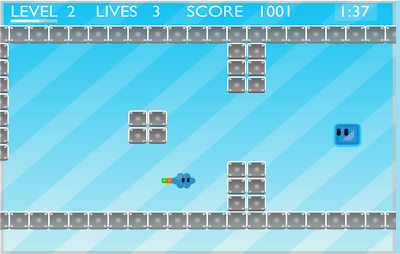 You have two minutes to get through each level and the levels get progressively more difficult as you go.

I’ve been obsessed for a while with games that use colors in various ways, so I decided to experiment with this little game. The original concept was to have smaller color blocks orbiting Clowd, which you could rotate by pressing the spacebar. However, the gameplay seemed too difficult and I decided to make the character change color instead (even though a cloud is usually white). I made the motion controls a bit ‘loose’ – hold down an arrow key and when you let go, the character will still move a bit further. This seemed natural to the game and also for the difficulty level I wanted to achieve.

The first few levels should be really easy, but fun, as you get to pop all the enemies in your path. After about level 10 or twelve, it’ll start to get quite challenging and you would have to be really good to get far beyond level 20.
Posted by ED at 2:50 AM No comments:

"Q - Compressing the Heart" is the story of a little guy in the underworld who has had his heart stolen and yearns to get it back. This is a point-and-click adventure game with super slick graphics. The game mechanic is that you can remove your soul from your body to get to hard-to-reach places. It's great fun.

The game loses points for being surrounded by zillions of annoying ads, but if you can ignore those, you'll have fun with it. 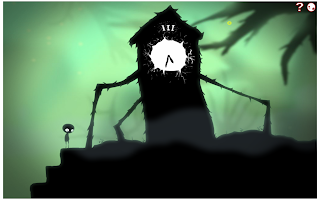 Here's a fun little game that I found called Making Monkeys. It's a simple little platform puzzler, but it's well made and it's great fun: 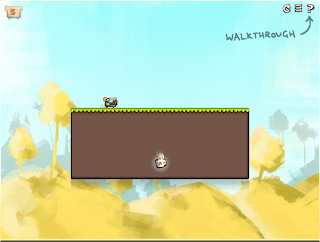 AS3 Tutorials for Intermediate to Advanced Level

I found this blog which has some great AS3 tutorials for intermediate to advanced level:

Just a little tool I created to make reverse text:

Contact me if you want the source code.
Posted by ED at 12:08 AM No comments: